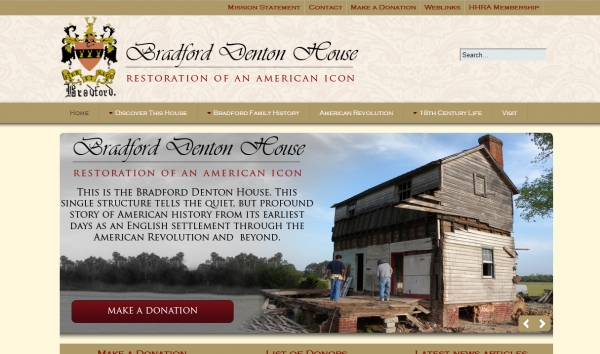 The Historical Halifax Restoration Association, Inc. has undertaken a new project: the restoration of the Bradford Denton house built about 1760 on property near Fishing Creek in Halifax County, North Carolina on land owned by Col. Bradford, a delegate to the 4th Provincial Congress where the Halifax Resolves were adopted. His son Henry Bradford lived in this home with his wife Sarah Crowell Bradford along with their family.

This email address is being protected from spambots. You need JavaScript enabled to view it.